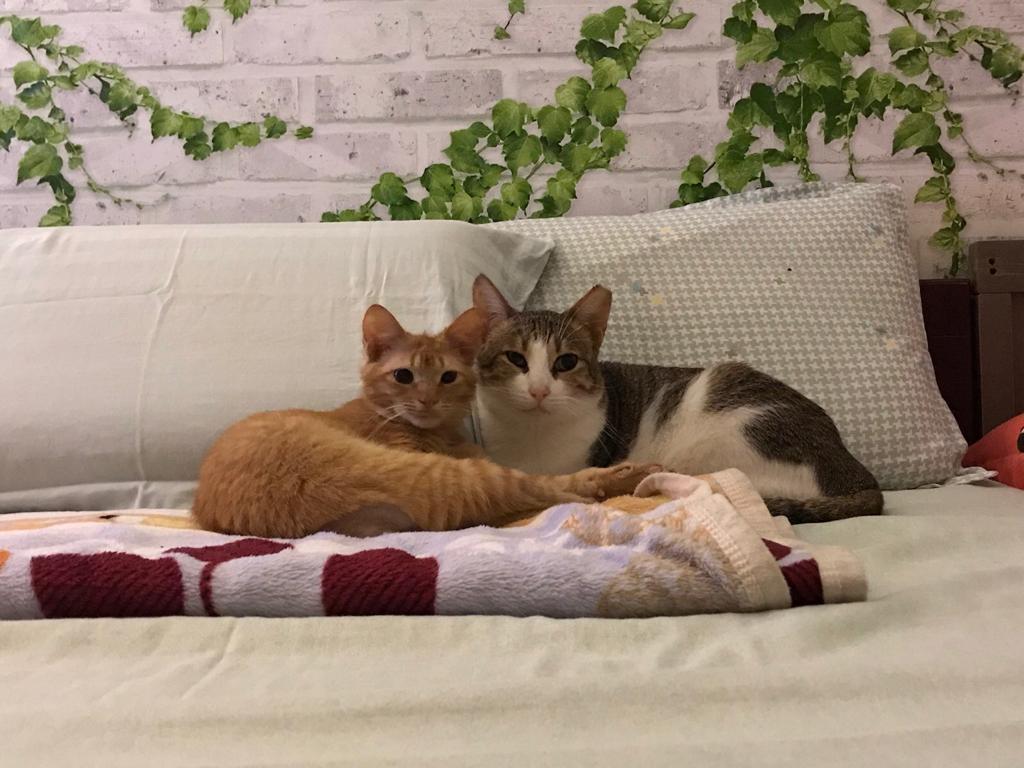 Kiwi and Ana were rescued in International city 2 years apart but their closeness is insurmountable!

Ana used to be (and still is) wary to other cats thus spends the whole day in her lonesome in our bedroom . She is not attacked by my other cats but she goes into defense mode when she sees them. She never had any friends til Kiwi came along!

Kiwi in contrast is super sociable! She doesn’t mind if the cat likes her or not, she will still approach them and play with their tails! Oddly out of my 10 rescue cats at home, she developed the strongest bond to my most snob cat Ana. Like she knew that Ana had been waiting for a friend for a long time. Like her only mission on earth is to be Ana’s friend!

*Both of these cats were rescued, we expect you love them as much as we do if not more.
*Do not reply if you are below 18 yrs old. Pls ask a parent/guardian to contact me.
*If you are living with parents, siblings, friends, or roommates, make sure they approve of the cat too.
*Pre-adoption questionnaire will be provided to screen prospective home. This is not the final adoption form.
*Once adoption is finalized, you should be able to provide passport or Emirates ID copy. We will also be dropping the cat personally to new home to make sure it’s cat-safe.
*If you’re an expat, you should be aware of the relocation cost and procedure to your home country